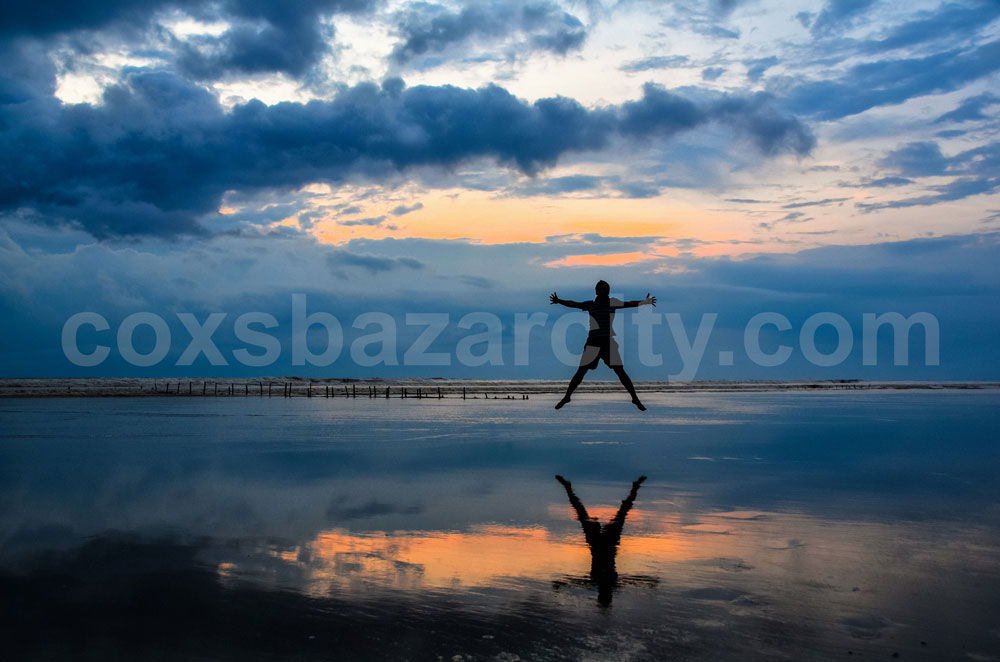 Cox’s Bazar is located 152 km south of Chittagong city. Its distance from Dhaka is 414 km. It is the largest tourist destination in Bangladesh. Cox’s Bazar can be accessed from Dhaka by road and sky. From Chittagong to Cox’s Bazar, a railway project has been adopted.

The modern Cox’s Bazar is named after Captain Cox who was a military officer in Indian subcontinent during the British period. Cox’s Bazar was once known as Penoa(পেনোয়া), which literally means yellow flowers(হলুদ ফুল). Palonki(পালংকি) is another ancient name.

From the beginning of the ninth century until the Mughal occupation in 1616, a large part of Chittagong, including Cox’s Bazar covered by the Arakan kingdom. Mughal emperor Shah Shuja was fascinated by the natural beauty of Cox’s Bazar on the way to Arakan and he ordered setup the camp here.